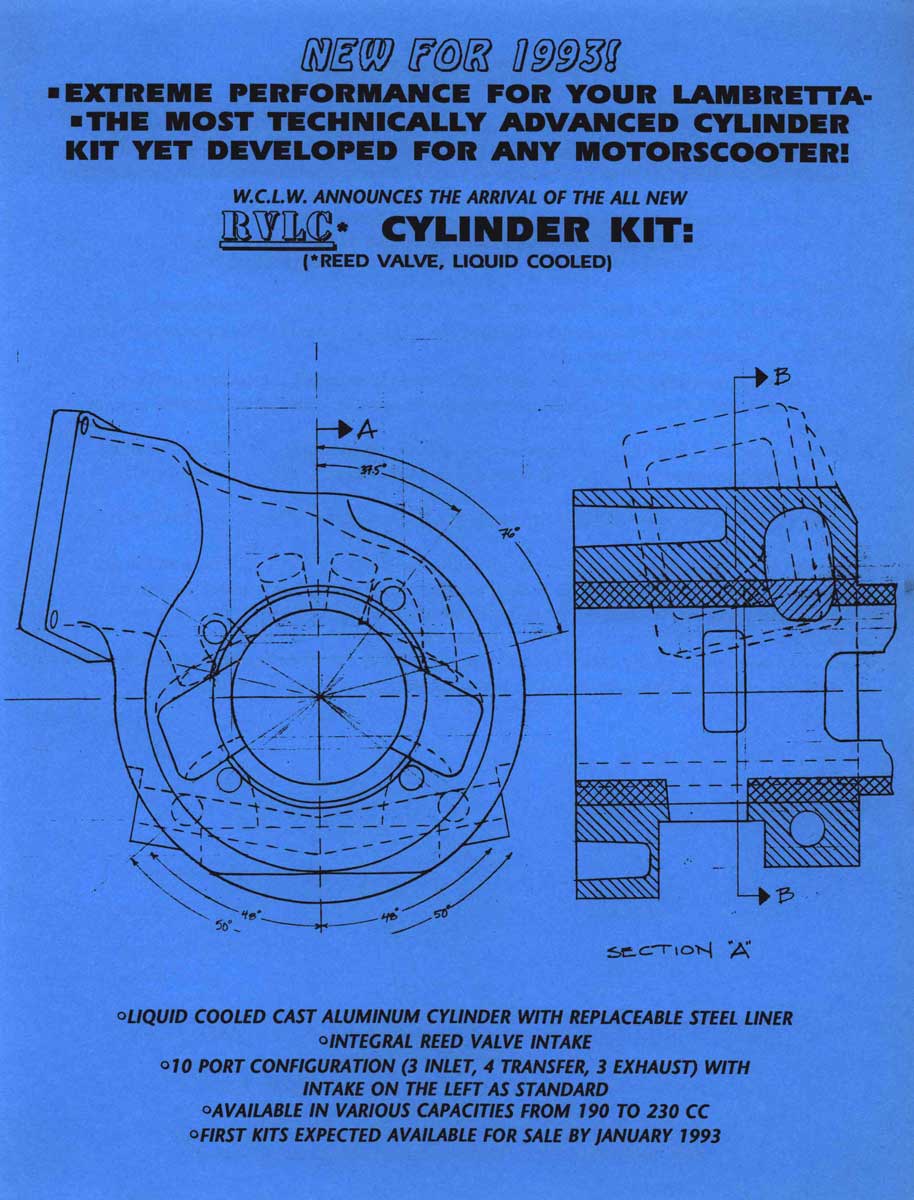 By 1993 the liquid cooled SX200 cylinder that I had raced since 1988 was at the end of its life. The cylinder wall was paper thin, and I had no faith in successfully sleeving it, particularly with all of the modifications I had made to convert it to liquid cooling and get 31hp out of it. "Elsie" was consistently one of the fastest bikes on the track during her heyday, and the potential for even more horsepower with added reliability will surely be an exciting prospect for Lambretta owners worldwide. 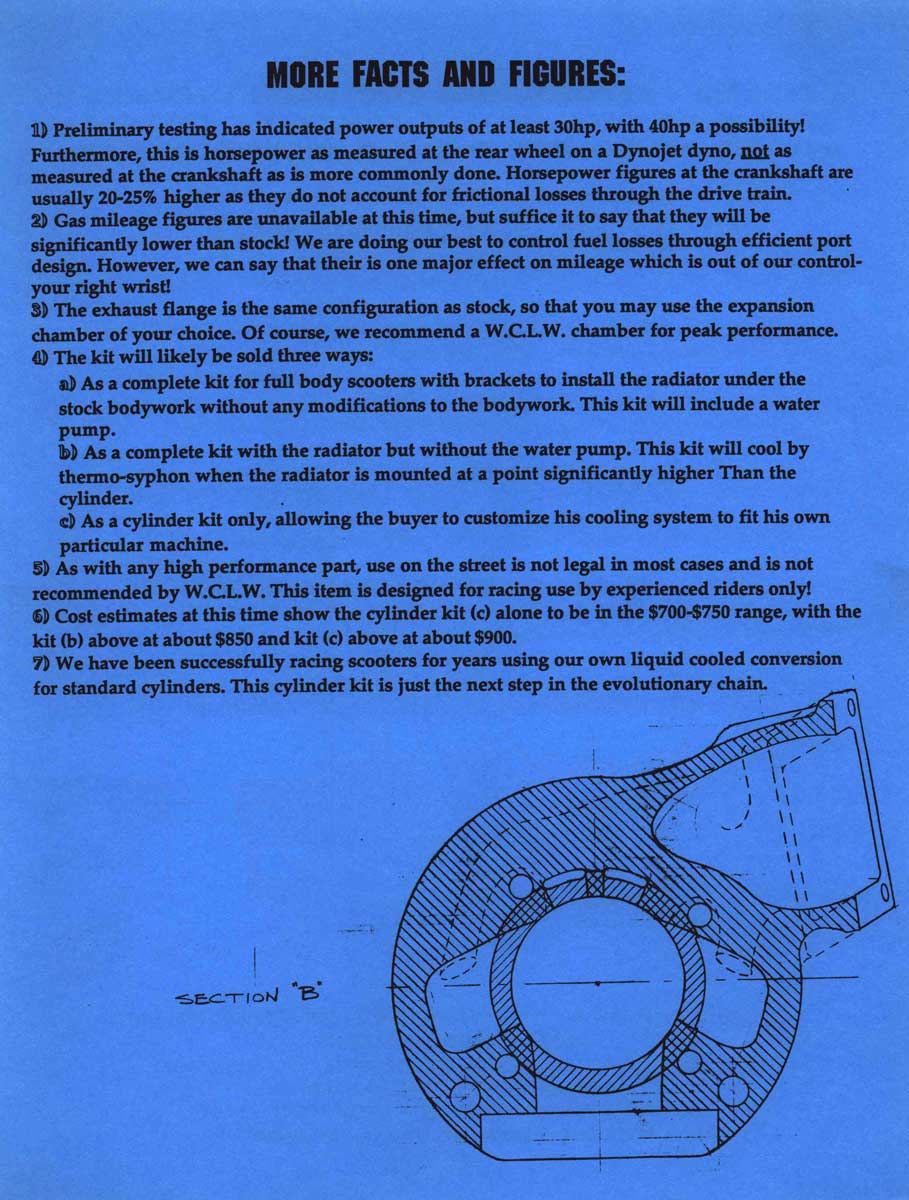 Back in the early '90s I used the remnants of Elsie's barrel to create a mockup of a new cast aluminum kit that I dubbed the 'RVLC' (Reed Valve, Liquid Cooled - quite original, I know...) I drew up some schematics and made some preliminary inquiries, but it never got off the ground due to the estimated production costs.

My two main goals with the kit were (and still are):

Here is the original flyer from 1993 announcing my plans for the kit. Finally getting the RVLC into production is going to be one of my primary goals with Qustom.

I recently got a request to send out a W.A.V.E.set fin box adapter to the owner of a Wilken midlengt...

A magical day at the secret spot

After weeks of spotty weather, San Diego finally came through with one of those amazing clear, sunny...

The '92 season was the sixth year of scooter racing in America, including three years under the ASRA...

Jeff's photography is always so spot on. He's gotten more great photos of me surfing over the years ...

While going through old footage in preparation for a historical ASRA documentary film I've started p...